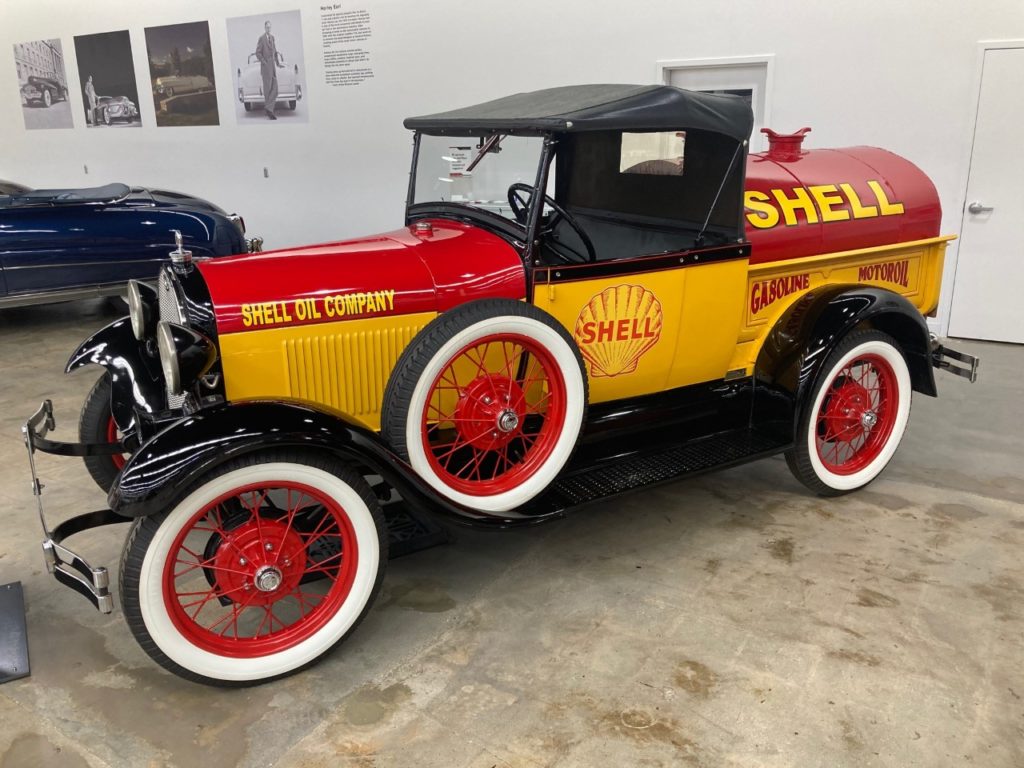 The 1929 Ford Model A is featured as a period-correct Shell tribute built to replicate a fuel-delivery vehicle of the 1920s and 1930s. It includes a “doghouse” on the rear, which was commonly used to hold the actual tank. The rear doors open double-wide, and the right one even features a gallon gauge: a system used to manually track the gallons of gasoline or kerosene that were taken out of the tank. The tanker also sports two valve outlets, brass hoses, and brass nozzles.

The red and yellow exterior was painted in tribute to the Shell livery. A standard Model A black convertible top completes the roadster and matches the all-black fenders, interior, and accents.

In 1929, the Ford Model A roadster served as a tanker truck, although they were few and far between. The roadster was designed so that a tank could fit on the rear while not affecting the driver and passenger space. One could often spot these tankers refueling a country general store or gas station at a local town.

This particular car was originally a roadster, but later it was outfitted with the two-compartment tanker. It featured a professional frame-off restoration, including a rebuilt 201 CID M-line L-head 4-cylinder engine with 40 horsepower at 2,200 rpm. This Model A is a tribute to Shell and has been carefully included in signage of the company from the 1920s era.

Nearly five million Model As were sold, making them commonly used for a number of utilities and professions. Easily convertible, these cars were used to complete almost any task one needed a vehicle for, and they proved an integral part of the history of the automobile in mass markets.