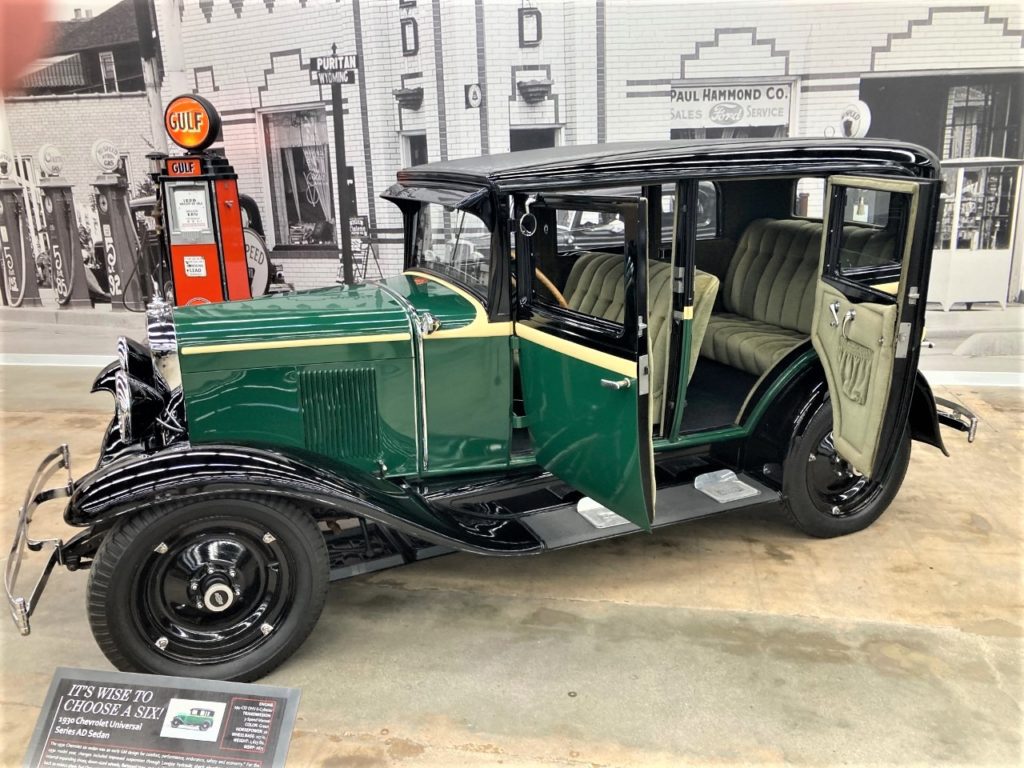 *The information in this document is provided by Daniel Vaughan of ConceptCarz.com. The full citation is listed below along with a link for this information and more.

A little history: Chevrolet vs. Ford

In the heart of the Great Depression, Chevrolet struggled to compete with the popular Ford Model A, but through perseverance, it began closing the gap. A few modifications and a price cut of about 5% certainly helped. By 1931, Chevrolet production began to outpace Ford’s, soaring to nearly a million units in 1936. Not until the 1950s would Ford briefly regain the lead—before Chevrolet would once again outpace Ford. In 1985, Ford introduced the Ford Taurus, which achieved instant success. That car, along with the increasingly popular Ford Explorer sport utility vehicle and F-150 truck, led Ford to regain the lead position.

Sales and production numbers dropped industry-wide in 1930, but minor changes made waves in the wellbeing of the Chevrolet Company. On August 7, 1930, the two-millionth Stovebolt-Six Chevy left the assembly line (a number that Ford had achieved years prior).

The 1930 Chevrolet Universal Series AD, like the one featured in the Midwest Dream Car Collection, was designed as a direct competitor to Ford’s Model A.

The 1930–33 Chevys carried a different series name each year, so the Universal Series AD replaced the International Series AC of 1929. The elegant style of the 1929–33 models directly reflects Harley Earl’s desire to give them a Cadillac-inspired design. This new look definitely helped bolster Chevrolet during the tough times of the Great Depression.

According to Vaughan: “The 1930 Universal AD Series was virtually indistinguishable from the 1929 Chevrolet. It did, however, incorporate a number of significant distinctions and improvements including the addition of a slanting, non-glare windshield. The instruments had a new circular shape with dark colored faces and the gas gauge was moved to the dashboard. The Imperial Sedan replaced the Special Sedan. Other body styles included the Roadster, Sport Roadster, Coupe and Sport Coupe, Phaeton, Coach, Club Sedan and Sedan, and Rumblseat Coupe. Standard equipment included bumpers, robe rail, dome light, silk assist cords, and six wire wheels with fender wells. Another change for the 1930 model year were smaller tires measuring 19 x 4.75 (down from 20 x 4.50). The Universal did have a competitive MSRP for the mid-range automobile market of $675.00 (about $10,400 today).”

Daniel Vaughan continues: “Powering the 1930 Chevrolet was an overhead valve six-cylinder engine displacing 194 cubic-inches and offering 50 horsepower. They had a three-speed manual transmission and four-wheel internal (mechanical) brakes. Chevrolet advertised their 194 CID ‘Stovebolt Six’ engine as ‘A Six in the price range of the Four.’ For the 1930 model year, the engine was strengthened in the bottom end with a beefier crankshaft bearings and crankcase webbing. Larger intake valves and smaller exhaust valves, together with a new manifold, increased horsepower from 46 to 50. The rear axle was strengthened; new Lovejoy hydraulic shock absorbers were employed with smaller wheels and larger tires to smooth the ride, and internal expanding brake shoes were used all around.”

This particular vehicle is a Series AD Universal Sedan. It is painted in Green and Black with Yellow trim and a Green interior. It rides on steel wheels that were standard equipment on the Chevrolet until mid-1930 when wire wheels became optional on all models.

In the 1930 model year, 640,980 of the new Universal Series AD rolled off the assembly line. Probably as a direct result of the Great Depression, 1930 sales dropped by about 200,000 from those of the previous year’s model.

In terms of success, the 1930 Universal served as a huge stepping stone for Chevrolet on its path to becoming an automotive giant. Mass production and a more practical car helped families attain an automobile in these early years of the industry.