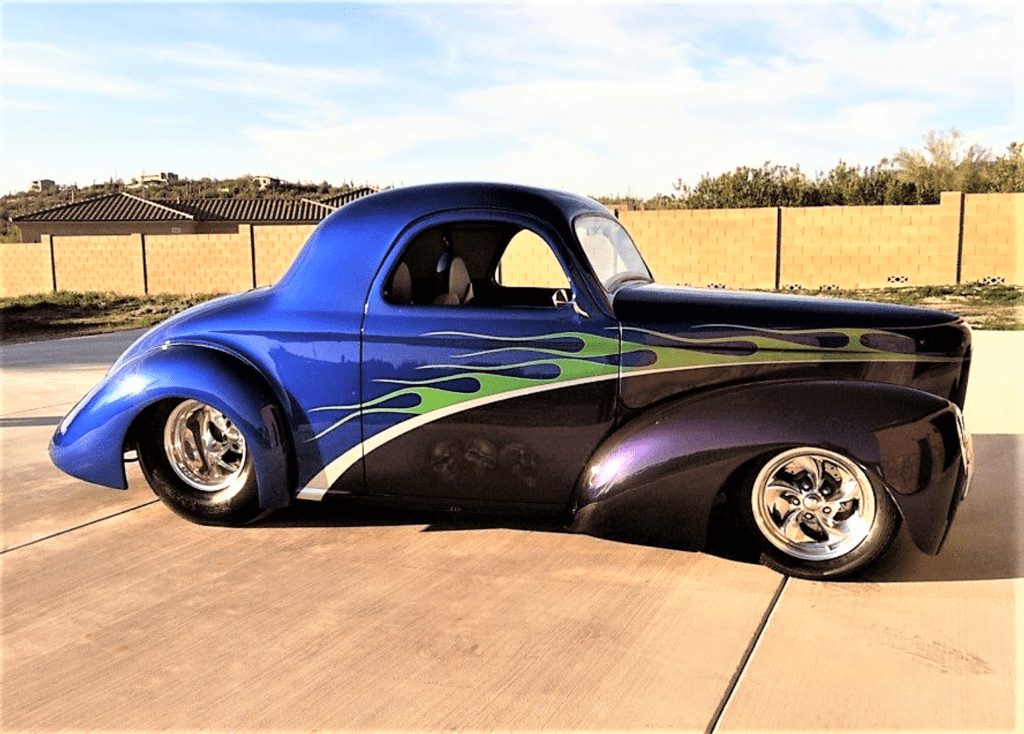 The Willys Americar was a line of automobiles produced by Willys-Overland Motors from 1937 to 1942, either as a sedan, coupe, station wagon or pickup truck. Following the patriotic trend of the time, the 1941-1942 models were called “Americar” (441 and 442 models respectively). For the 1941 model year, approximately 22,000 Americar’s were produced while around 7,000 were produced for 1942, before the outbreak of WWII ceased all automotive production in the United States. The coupe version of the Willys Americar became a very popular hot rod choice among enthusiasts. Unfortunately, today the body parts are quite scarce.

The pro street coupe featured at the Midwest Dream Car Collection is a replica car based on a 1941 Willys Americar coupe. Built in 2005, over $160,000 was invested in the customization of this car. Under the hood, where everything is polished, sits the 400 cu in Gen2 fuel injected engine with TWIN T-36 turbos. The car rests on an Art Morrison chassis and has a full roll cage. The custom interior is by Pat Orellano and sports a Racepak dash. The body sports handle-less suicide doors that are controlled by a push-button remote control and the custom paint is by Splatter House. Highlighting the vibrant finish are the Colorado Custom wheels.