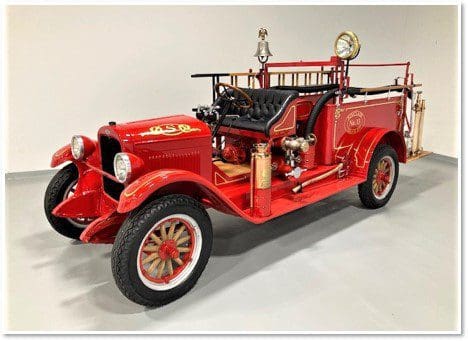 The Chevrolet Series AA Capitol (or Chevrolet Capitol) is an American vehicle manufactured by Chevrolet in 1927. Launched in the year Ford changed from the Model T to the Model A, Chevrolet sold 1,001,820 Series AA cars, and under the direction of General Manager William S. Knudsen Chevrolet would overtake Ford’s dominance in the market internationally. The GM introduction of the GM A platform also introduced yearly appearance changes while using a corporate appearance from the newly established Art and Color Section headed up by Harley Earl which meant the Chevrolet Capitol and the Cadillac Series 314 shared a common appearance as both cars, as well as Oakland, Oldsmobile and Buick used Fisher Body, now owned by GM, as the sole provider of coachwork. Individuality between the brands was defined by the manufacturer of the engine, which was brand exclusive, and badging on the radiator. This model documents that the accelerator pedal was introduced as previous generations used a throttle installed in the center of the steering column along with the installation of a gas gauge installed in the dashboard and a centrally installed rear view mirror.

With the introduction of a new Chevrolet Capitol Series AA car, a new truck series was also brought out, the Capitol LM. Chevrolet offered its own panel body with new design until 1928, again leaving this field wide open to the after-market body builders. The Series LM chassis were available with only fenders, running boards, radiator and hood; as chassis and cowl units, or as chassis, cowl and closed cabin. The 1-ton chassis continued to use 124-inch wheelbase. The LO series replaced the LM series in 1928.

About our Fire Engine Truck

This 1927 Chevrolet Fire Engine was purchased new by the Sinclair Oil Company for their oil refinery in Tulsa, Oklahoma. In 1954 Texaco purchased the Sinclair refinery but kept the fire engine in active service through 1959, eventually selling it around 1969. The fire engine conversion is based on a 1927 Chevrolet Capitol LM (one ton) truck. It is powered by the factory correct 171 cubic inch inline 4-cylinder engine which is mated to a 3-speed manual transmission. Power is through the rear axle with brakes on the rear wheels only. The 20” wheels feature 12 solid wood spokes per wheel and are capped by red painted hubs. This fire engine was one of the last equipped with fire apparatus from the Foamite-Childs Corporation. In October of 1927, Foamite-Childs merged with another well-known fire equipment company, American-LaFrance. This vehicle underwent a full restoration which was completed in 1994. It has won numerous awards and is a true example of an early twentieth century fire engine.

Wikipedia TrucksPlanet.com
Back to Vehicle Directory