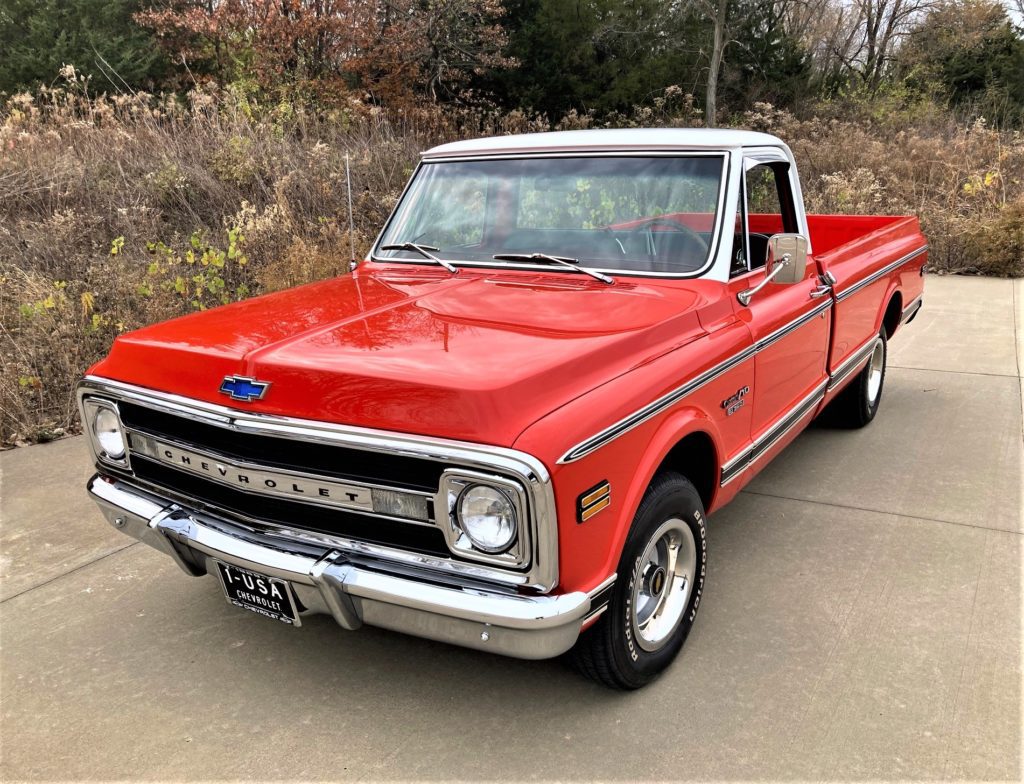 The C and K series of trucks was manufactured by General Motors from the 1960 to 2002 model years. Marketed by both the Chevrolet and GMC divisions, the C/K series encompassed a wide range of vehicles. While most commonly associated with pickup trucks, the model line also included chassis-cab trucks and medium-duty trucks and served as the basis for GM full-size SUVs. Through its entire production, the model line competed directly against the Ford F-Series and the Dodge D series (later the Dodge Ram pickup).
Used for both the model branding and the internal model code, “C” denoted two-wheel drive; “K” denoted four-wheel drive. Four generations of the model line were produced, including the second-generation “Action Line” and third-generation “Rounded Line” vehicles. For the fourth generation, GMC revised its branding, changing to a singular GMC Sierra nameplate (C/K remained as an internal model code).
As GM entered the 1990s, the company revised its truck ranges, replacing the medium-duty C/K trucks with the Chevrolet Kodiak/GMC TopKick for 1990. For 1999, GM replaced the fourth-generation C/K pickup trucks with an all-new model line; in line with GMC, Chevrolet dropped the C/K nameplate (in favor of a singular Chevrolet Silverado nameplate). Initially marketed with its successor, the final C/K pickup trucks were produced for the 2000 model year. From 2001 to 2002, the final vehicles of the C/K model line were heavy-duty chassis cab trucks.

The second generation (1967-1972) “C” series two-wheel drive pickup truck was the last generation to be offered solely with a two-door cab. While the drop-center ladder frame and coil-spring rear axle carried over from the first generation (1960-1966), the body was completely redesigned from the ground up to improve its capability as a multi-purpose vehicle. Alongside a utilitarian vehicle intended for farm or work use, the series was also offered with optional features carried over from Chevrolet sedans providing more comfort than previous generations of trucks.