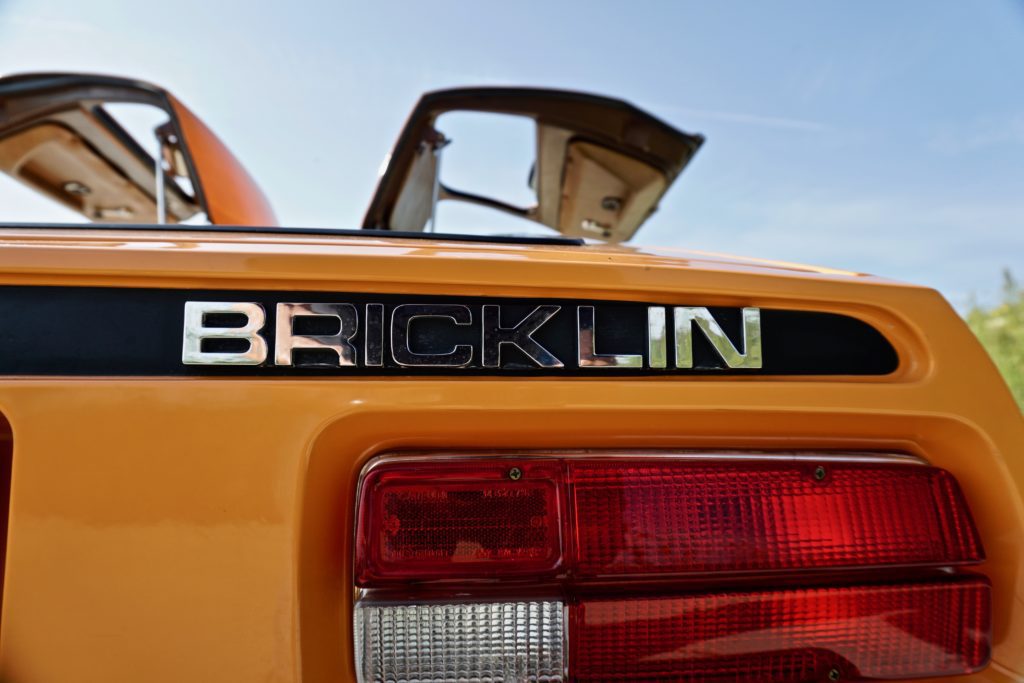 The Bricklin SV-1 was created by Malcolm Bricklin from 1974 and produced until 1975. Its story starts with an optimistic and exciting dream, but it ends tragically with a car company that brought sadness and economic ruin to the lives of many.

Malcolm Bricklin was a charismatic family man born in the United States. He ran a handyman franchise across a few states in his early 20s, and he was determined to reach greatness in business some day, with the help of his family. This first attempt at making it big fell short of success due to investors being hung out to dry by Malcolm’s corrupt schemes and lies—a foreshadowing of what was to come.

Bricklin loved cars his whole life. In his late 20s, looking for a new project, he decided to bring Subaru from Tokyo to the U.S., starting with the Subaru 360. Selling these cars on the American market brought him short-term success but ended in a nightmare when the car was branded a “death trap” by the media in 1969.

Then one day in the early 70s, while watching cartoons with his sons, Malcolm witnessed an electric car with gullwing doors flying across the screen on a TV show. This became his inspiration for the Bricklin, and ultimately led him to Dick Dean.

The birth of the SV-1

Dick Dean was a car-body designer who received Malcolm’s first sketch and was told to make something of it. This prototype was called the Grey Ghost, and it was attractive enough to raise $1 million from investors, enough to create an actual production car. After Bricklin was laughed at by the big 3 automakers, he decided he could make the car on his own, with the help of a few designers and engineers.

Once the car had promised a release date, the team was given 90 days to create a final product before the bank would cut off their funding. On the day the bank arrived, the car still lacked taillights, so one designer took the lights off his own Pantera and added what would become the taillights of the SV-1.

The Canadian province of New Brunswick became the choice for setting up a production factory after Premier Richard Hatfield said he would invest $6 million in tax benefits in the company. However, the Bricklin was not nearly ready for production, and many corners were cut in its manufacture.

At the car’s unveiling in 1974, Malcolm Bricklin was an absolute genius. He stole the hearts not only of the people of New Brunswick, but of car lovers everywhere. His “Safety Vehicle-1” was a massive success on paper and said to be one of the safest and most forward-thinking cars ever made. Its automated gullwing doors were an iconic feature that became recognizable around the world.

Flaws in the plan

The first Bricklin came off the assembly line in 1974 with a lineup of people waiting for it. Unaware of major problems like the cracking acrylic body, people were about to purchase what would later be called “an engineering nightmare.” But doubts in the car were well-covered-up by the organization’s management. On top of that, Richard Hatfield, Bricklin’s largest supporter, was running for a second term, and he campaigned heavily on the potential for the Bricklin’s success in his province and the people’s love for the car. The people were proud that something so beautiful could come from where they lived.

Meanwhile, the SV-1 faced not just cracking acrylic, but suspension issues, the lack of a spare wheel, a fragile console, and door-seal problems in every car coming off the line. Malcolm was quick to blame the workforce, which only led to a higher turnover and unemployment in the area.

Bricklin’s audit showed that they were done for. Millions of dollars in debt, the company needed a lot more to keep going, but Malcolm Bricklin was losing popularity by the second. All the problems with the car and the company were coming to surface, and no one would trust the man behind them. Richard Hatfield cut off government funding, and the Bricklin was hung out to dry.

A total of 2,880 cars were made in Bricklin’s two model years of production. New Brunswick was left with nothing, and the people who had invested everything in the company were left with even less. The Bricklin did retain some novelty appeal, though, making it a car only for collectors around the world. Malcolm Bricklin, who inspired intense passion and dreams in people everywhere, moved on to Serbia in an attempt to bring their cars to Western countries.

This 1975 Bricklin SV-1 contains a Ford Windsor V-8, 360-CID, 4-barrel, and it was far ahead of its time in a lot of ways. The color options on the car were all made strictly for safety; this one is called “safety orange.” This is one of the best examples of a survivor Bricklin in the country. Only a small amount of warping has taken to the body panels, and the car is nearly 100% original.

The automatic gullwing doors offered side-impact protection, and the massive bumpers were strong and backed by springs. Everything about the Bricklin was designed to invoke a feeling of the future and to be something anybody could love. Although the Malcolm Bricklin’s dream didn’t outlast his car company, the units he was able to manufacture live on as some of the most interesting automobiles in history.