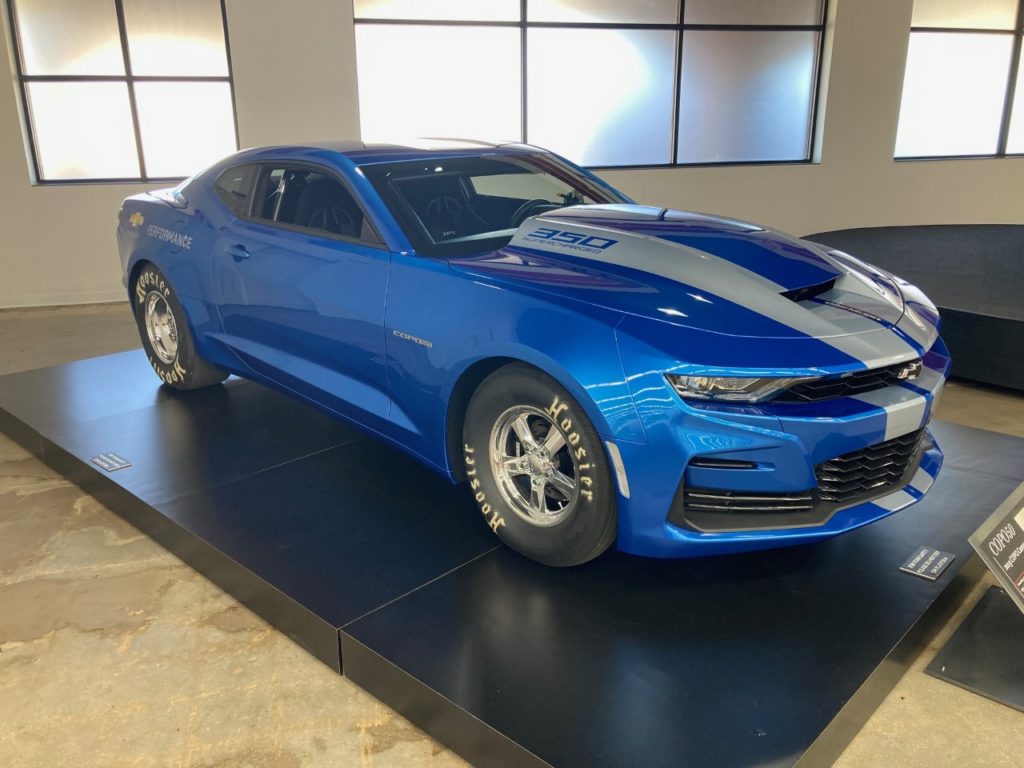 Fifty years can go by fast, and the 50th anniversary COPO Camaro is a perfect example of that. Designed specifically for NHRA competition, this golden-anniversary model is race-ready. More collector than competitor? With only 69 models being made, this commemorative COPO is a showpiece that steals the show.

COPO legacy:
COPO’s second coming builds on a legacy established in 1969, when the first purpose-built Camaro drag-racing specialty car was designed to compete in the NHRA Stock Eliminator. The COPO nameplate is a nod to the Central Office Production Order system, which cunning Chevrolet dealers used to build one-of-a-kind high-performance models.  In 2011, a new COPO concept was revealed at the SEMA Show. The overwhelming response inspired a special-edition production run. The engines were assembled at the Wixom Performance Build Center, where the buyer could opt to participate in the engine assembly.

1967 was dominated by Ford’s Mustang. The Camaro was Chevy’s answer to that, named as such because Camaros were the killers of mustangs. It had a V8 engine, 290 horsepower, and a top speed of 140 mph. Carroll Shelby had teamed up with Ford at the time to create the GT 350 performance car that was used in drag racing.

Meanwhile, a former drag racer named Don Yenko decided there was a definite need for the Camaro to become a performance car. With Chevy’s approval, he started building these cars one at a time with engines of 427 cubic inches.

Fred Gibb, one of the nation’s largest Chevy dealers and someone who had a lot of influence, saw that there was a market for the Camaros with the 427 CID engines. He went to Chevy and used their special ops program — COPO, which was not originally intended to make drag cars – to bring the ones with the 427 cu. in. engines straight off the production line. The COPO program was used to build fleet vehicles and customize the color, wheels, and other options of each automobile. The 427-aluminum block became known as the ZL1 Camaro, which was used in drag racing.

Fifty cars had to be made and sold to public consumers to qualify for the NHRA (National Hot Rod Association). Fifty were made, but only 13 sold immediately. The other 37 moved to dealers across the country. As the cars sold, they started to gain a huge following of new consumers wanting to buy them. Chevy built 19 more cars just to meet this demand, bringing the grand total to 69 cars.

Chevrolet stopped building the COPO in 1970 because of rising gas prices, insurance rates, and loss of interest in the muscle car. They began building the COPO again in 2011 with 69 more cars to commemorate the original ones made. They held a lottery to decide who was lucky enough to get these cars. There was enough popularity in the first year for Chevy to make them again, producing 69 more cars every year after.

That brings us to this 2019 Camaro. With an orange engine block, aluminum valve covers, and a high-rise intake manifold, it has many of the same features as in 1969. This special Metallic 50th Anniversary Blue was made to commemorate the Laguna blue that was used in 1969. Although we don’t have the original 427 cubic inch engine, this LSX-based 350 cubic inch engine has a 2.65-liter Magnuson supercharger. It will run the drag strip in nearly 8 seconds with a top speed of 175 mph. All of these well-engineered systems combine to produce an NHRA horsepower rating of 580 horsepower. With the supercharger, the horsepower total is around 1,300.

To maximize our chances of receiving a car, I entered everyone in our office last year in the lottery for a COPO. Dylon Meyer, an Icon employee, was lucky enough to be selected.

The COPO legacy is one with a very powerful past and a fast future ahead of it. We are proud to announce that our 2019 Camaro is known as the “COPO50.”